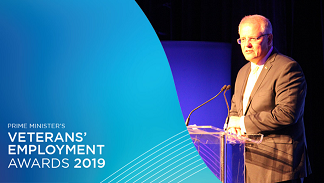 For its third consecutive year, Allied Express has been a proud partner and sponsor of the Prime Minister’s Veterans’ Employment Awards. The Awards program is a government initiative designed showcase individuals and organisations that are assisting ex-service personnel transition back into civilian life. It’s a fantastic opportunity for them to apply their proven and unique skills acquired during service into their civilian employment. 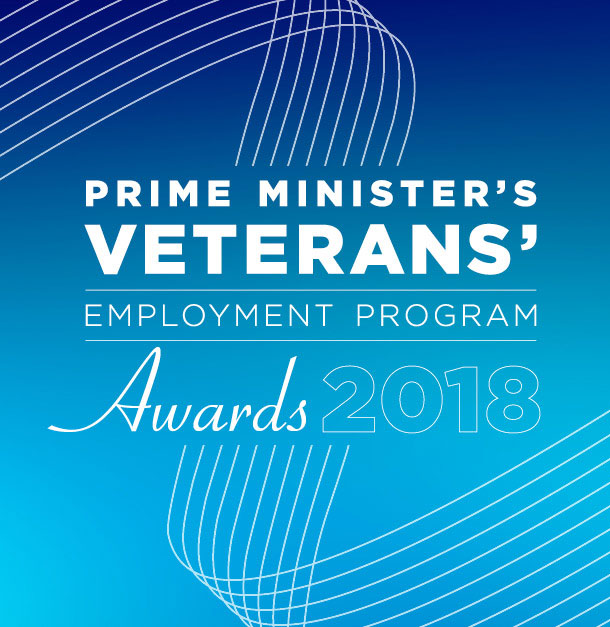 Men and women of the Australian Defence Force (ADF) are highly trained, diligent, professional and adaptable. These skills, abilities and behaviours make them valuable employees in business.

In September 2017, the Prime Minister and the Minister for Veterans' Affairs opened nominations for the inaugural Prime Minister's Veterans' Employment Awards. The awards recognise and celebrate Australian businesses that support and employ veterans and ADF spouses, as well as veterans who are making a significant contribution to their workplace.

Each year, around 5,200 people will leave the ADF and the Government's aim is to ensure our ADF members can transition to civilian life effectively and smoothly and find meaningful employment.

The awards are part of the Prime Minister's Veterans' Employment Program which was launched last year to help recognise the extensive talents of our veterans and to encourage the private sector to take advantage of that expertise.

The award categories open for nominations are:

Below is one of many stories that highlight the impact of the Prime Minister's Veterans' Employment Program.

"Skills that I have learned in the Australian Defence Force, as I have progressed through the ranks, have helped me greatly in my civilian employment."

Richard Gorey continues his Defence service today as a Petty Officer Diver in the Navy Reserve. His experience over more than two decades as a Navy diver has taught him leadership, time and organisational management skills that are highly valued and employed every day in his job with the Queensland Fire and Emergency Services in Brisbane. As an Inspector and Manager of Operations and Business, Richard has a hands-on role managing events and resources, including multi-million dollar development projects.

To find out more about the Prime Minister's Veterans' Employment Program, go to https://veteransemployment.gov.au